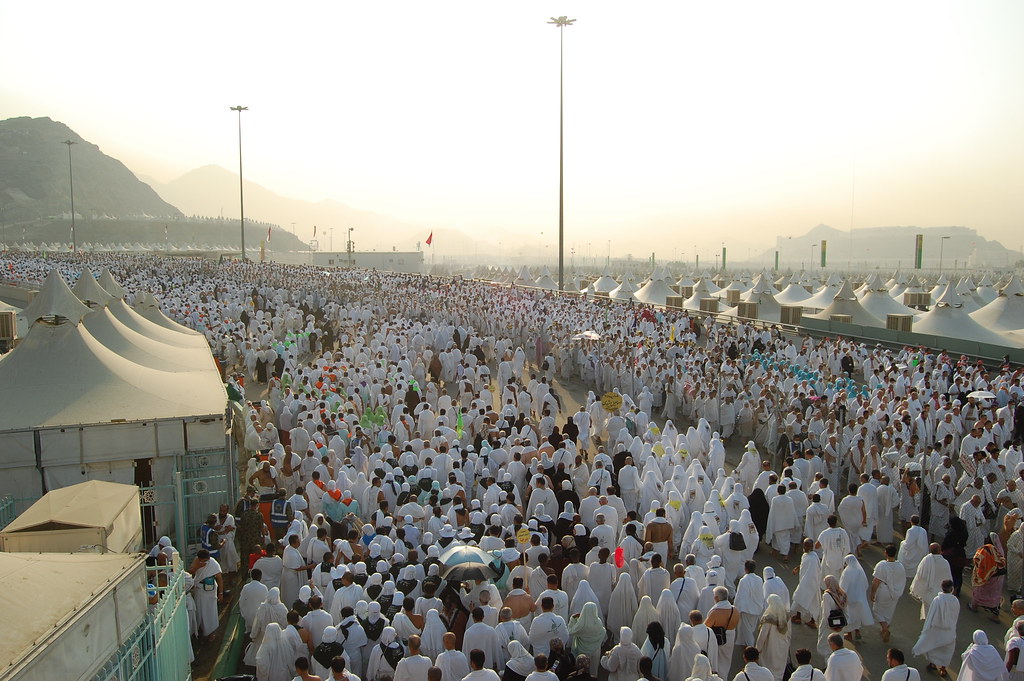 A Brief Guide to the Hajj

The Hajj is the annual pilgrimage to Makkah which is obligatory on every adult Muslim man or woman who has the health and the wealth to undertake the journey. The Qur’an and Islamic tradition mention the origin of Hajj with Prophet Abraham (PBUH) who was commanded by God to establish his progeny in Makkah and to announce the pilgrimage to mankind. In His footsteps, Prophet Muhammad (PBUH) also performed the Hajj, thus making it obligatory on every Muslim who has its capacity.

The Hajj is an obligatory act in Islam like other obligatory acts of prayer, fasting, and giving zakat – charity. The purpose of the pilgrimage is remembrance of Allah and to offer complete submission and devotion to Him. The pilgrim commemorates Tauheed – the oneness of God and denounces Shirk – polytheism and idolatry, and offers sacrifice by material, physical as well as spiritual means resulting in a stronger Imaan (belief) and a strong desire to live a virtuous life after the event. The Hajj is a life changing experience. Traditionally, Muslims are known to divide their lives in two parts – one lived prior to the Hajj and the one lived after performing it. The latter is one in which one feels more closer to God and in which he or she become more religiously observant.

The one who performs the Hajj is called a Hajji (masculine) or Hajjah (feminine), plural form Hujaaj (pilgrims). As Islam is not a tribal religion but one which all humankind is invited towards, Hujaaj from all over the globe join in for the Hajj making it truly an international event incorporating the full diversity of people.

Makkah – the host city of the Hujaaj

Makkah is a sacred city for Muslims and the host to millions of pilgrims each year. It is here that all pilgrims congregate and from this city that they move to various venues to perform the rites of the pilgrimage.

The Hajj is performed every year in the month of Dhul-Hijjah, the twelfth month of the Islamic lunar calendar. The actual rituals of the Hajj are performed from the 8th day till the 12th day of the month.

Ihram – The dress code for Hajj

When one intends to perform the Hajj, they have to enter the city of Makkah in a state of Ihram and observe its rules. For men, the Ihram consists of two un sewn sheets of white, while a woman’s Ihram can be any dress that meets the requirements of Islamic modesty.

Whilst in a state of Ihram there are certain duties and obligations laid down on the pilgrim. They are not to fight, engage in sexual intercourse, apply perfume, cut their hair or nails. Hunting and fighting is also forbidden when one has adorned the Ihram.

The Ihram is worn in any of the Meeqats – which are designated points of entry into Makkah, or if travelling by Air, the pilgrims change in to Ihram prior to entering the Airspace of Makkah.

Upon arrival, the pilgrims first destination is Masjid Al Haram, the grand Mosque in Makkah which houses the Kabah, the House appointed as a focus point for believers in monotheism of God. At masjid al Haraam, pilgrims perform the tawaf of the Kabah – the cube shaped building which is the direction of prayers for Muslims. Tawaf is performed by circumbulating the Kabah seven times followed by Sayee or running seven times between the adjoining hills of Safa and Marwa.

On the 8th of Dhul-Hijjah, the pilgrims move to Mina, a city of camps outside Makkah. Here they are camped all night and perform the five daily prayers and make supplications to God while commemorating his messages.

On the 9th of Dhul-Hijjah the crowds move to the plains of Arafat, 20 kilometres east of Makkah, where they stay till sunset, and engage in prayers, supplications and reflections, seeking God’s mercy and forgiveness. They perform the shortened and combined noon and afternoon prayers at Masjid Namirah.

After sunset at Arafat, the pilgrims next destination is the sand of Muzdalifa, an area between Arafat and Mina. At Muzdalifa, they spend the night under open skies, offer prayers near Mashar al Haram or the sacred monument and collect pebbles for the ritual stoning of Jamarat to be done the next day.

At dawn, the pilgrims leave Muzdalifa and move back towards Mina, from where they visit the jamaraat, which are stone altars symbolizing evil and polytheism. The pilgrims throw seven pebbles at these pillars as a symbolic act of denouncing evil and wrong doing from their lives.

Sacrifice and shaving the hair

On the same day the pilgrims sacrifice an animal and distribute the meat to the poor. After the sacrifice they shave their heads as a sign of a spiritual rebirth. After shaving the pilgrims will then revisit Masjid al Haram to perform the Tawaf of Kabah and Sayee at Safa and Marwa, after which they return to Mina. On the 11th and 12th they repeat the stoning ritual and after which they perform a final farewell Tawaf of the Kabah, marking their departure from Makkah. The Hajj rites are now complete.

After the Hajj – onwards to Madina and Ziyarat

Following the completion of the rites of Hajj, most pilgrims visit the city of Madina, where they perform prayers at Masjid an Nabawi and also visit various historical sites.

Return to their homelands

The pilgrims return to their homelands with a spiritual revival and a new life. Their lives will now be dedicated to God and are to be spent in accordance with His laws.